And one of the more popular and most available – along with Premier Protein and a few others – pre-made protein shakes on the market is Orgain’s Clean Protein ready to drink nutritional shake. A ready-to-drink shake is exactly what it sounds like: you simply give it a shake and, well, drink it. No mixing of protein powder, no mess, and no time wasted.

It’s great for convenience as you can have a quick breakfast on the the go or throw it into your kids lunchbox 2they actually have a separate organic kids shake but I have not tried it. It could also serve as a meal replacement, weight loss helper, aid in muscle recovery after a workout, or just as a way to get extra protein intake in your diet.

There are a couple different RTD protein shake versions available – one has protein derived from milk and the other is a plant based protein. I picked up a case of the creamy chocolate fudge flavor grass-fed milk shake version – vanilla bean is only other option – to try.

[Editor’s Note: Orgain makes a separate meal replacement shake too. Those Orgain ready to drink options are higher in calories, sugar, and with less protein but may be worth a look for some folks.]

Like I’ve mentioned in other supplement reviews, I don’t really put much value on the packaging other than being able easily find the relevant information such as ingredients and nutritional facts.

And while the overall look is okay, it could benefit from a redesign. The ingredients are printed in the side in relatively small font – in all CAPS for some reason – the nutritional label is also too small, and the back has a lot going on.

That’s the negative. Now, on the plus side I do like that it’s in a tetra-pak and is completely sterilized. It also does have some of the more important information – such as the calories, amount of sugar, and grams of protein – highlighted.

On the whole, though, since Orgain markets itself as a clean protein, the packaging should also be clean and simple. Moving on…

Rather than type everything out, here’s a quick picture of the nutrition label:

I will mention, though, that one carton of the RTD clean protein shake contains 130 calories, 2g of fat, 2g of dietary fiber, 11g of total carbohydrates (with 3g of added sugar) and 20g of protein per serving. That’s for 330ml – or just over 11 ounces – in a nutritional shake.

Positioning themselves as a high quality protein and clean nutrition source, let’s look at how that stacks up. Again, here’s a quick picture of the clean protein shake ingredients (there’s quite a few, unfortunately):

But, before we evaluate some of them, let’s take a look at some of the things that are missing. For example, it’s soy free 3thank goodness, gluten free, and free of artificial flavors, artificial preservatives, artificial colors, and artificial sweeteners. Also, it is carrageenan free which is undoubtedly a good thing.

It is also non-GMO yet, curiously, unlike many of Orgain’s other products it is not listed as certified organic. Personally, being GMO free – according to the website – is good enough but I do find interesting that there are some non-organic ingredients.

The weak points – besides not being certified organic – is the use of their gums. In this case, specifically, Gellan gum and the organic locust bean gum, also called carob gum. Gums are typically used as a thickener and are generally recognized as safe by the FDA. However, some individuals experience digestive upset from them although that is pretty unlikely in the small amounts found in protein powders and shakes.

To be clear, I did not experience any issues drinking the Orgain RTD milk shake.

Vegetable glycerin, while relatively unknown, is also generally recognized as safe and is most likely used to help mix the ingredients well. And while I don’t necessarily like seeing “Natural Flavors” on the ingredient list (as I explained here), I take solace in the fact the protein shake is GMO free.

MPC is a blend of both whey protein and casein protein. This results in good amino acids and bio-availability all while keeping lactose fairly low (the amount of lactose depends on the exact process used to make the MPC). It also keeps some casein protein in the final product helping to give it some creaminess. One last note, the dairy is kosher.

If you are lactose intolerant, though, then you’ll want to choose the similar plant-based RTD version 4or other protein powders that is vegan, organic, and derived from pea protein. That version has a similar nutritional facts albeit with higher calories (150 vs 130) and slightly less sugars (3g vs 1g).

The creamy chocolate fudge taste is surprisingly good. It has a nice chocolate flavor without being overpowering and overly sweet. Or, as my daughter put it, it tastes little like “drinking a chocolate brownie.” Pretty high praise coming from a teen.

It is similar to drinking chocolate milk, although the “creamy” part is a bit debatable. While it does have grass-fed protein 5 from New Zealand cows(!) which apparently they want to emphasize, the first ingredient is “filtered water.” Because of that, it lacks the richness of milk and the consistency is, well, more watery.

Butttt…that’s understandable here. You’re also missing all the calories from milk and, overall, it does a good job masking that the fact you’re really drinking flavored water.

The value here really depends on where you buy it from. If you pick it up at Costco or similar – especially if it’s on sale – you’re looking at just over $1 per carton. I think I paid $22 for 18 cartons. At that rate, it’s a fantastic deal. In some cases, that’s much cheaper than you get just a basic protein powder by itself.

Around the time of this writing, you grab them on Amazon for $18 for 12 cartons. At $1.50 each, that’s still a really good deal especially with inflation and food prices such as they are.

If you’re not sold on the milk-based ready to drink shake, here are some other options that are similar (but lactose-free) – 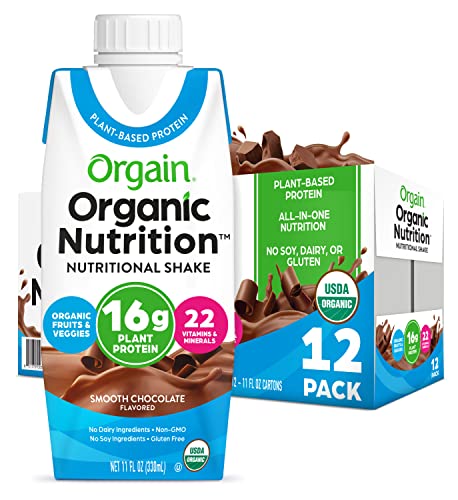 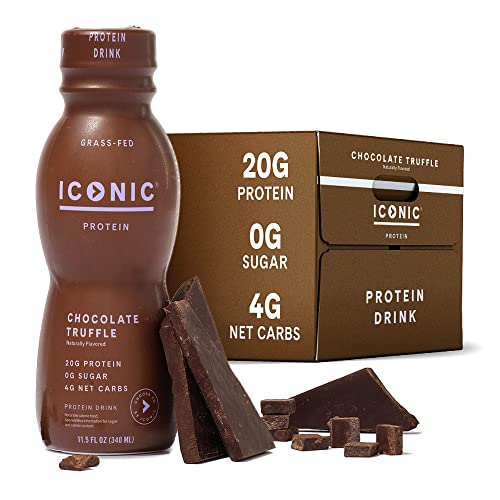 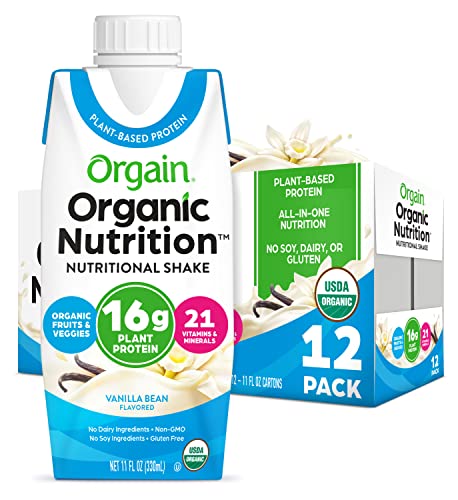 Serving as a gluten free, soy free, and non GMO pre-made protein shake, I am pretty pleased with this particular Orgain product. It’s great for those with dietary restrictions, uses relatively high quality ingredients, all while still tasting very good.

Positioned as part of a healthy lifestyle, it can serve as a meal replacement or quick snack, and represents a good value. It is not certified organic, so if that’s a requirement you’ll need to look at some other Orgain organic protein powder options.

If you’re looking for a quick and easy protein shake, go ahead and give “Orgain Clean Protein Milk Protein Shake” a shot. Recommended!

Where can I find the cheapest price for Orgain protein shakes?

Your best bet is your local warehouse, such as Costco or Sam’s Club. Beyond that, your next best option is typically found on Amazon.

Is the Orgain ready to drink shake safe while pregnant?

Always check with your doctor but the general consensus is, yes, protein supplementation is safe for pregnancy. While do they have dairy the grass-fed protein shakes are gluten free, soy free, and free of artificial sweeteners and artificial flavors. If you’re sensitive or want to avoid dairy, check out their plant based protein powders or shakes.

Always check with your doctor first but due to the low net carbs (11 g total with 3g of sugar), it should not cause a large blood sugar spike for most people. If you want to read on up on protein supplementation and diabetes, this study has a lot more information. As protein powders and protein shakes go, you could certainly do worse. The Orgain ready to drink shake is not only tasty but it works well for those with specific dietary restrictions, provided you're not lactose intolerant. If you are, there are other Orgain products such as their plant-based protein powders and shakes that could fit your needs.

Reasonably priced and widely available, it's worth a short if you're looking to up your daily protein intake, nutritious snack, or just a clean protein shake. EquipmentReviews
4.2 Good Value, Easy to Use How to Choose Fitness Supplements: Everything You Need to Know

Finding the right supplements for your fitness goals involves knowing your options. Here is everything you need to know about how to choose fitness supplements.